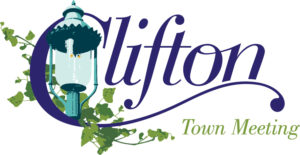 Enter the Clifton Rec Center from the newly renovated entrance via the parking lot. This entrance is universally accessible to all persons. The meeting room is on the second floor. Take the stairs or the … END_OF_DOCUMENT_TOKEN_TO_BE_REPLACED
Jul
31
Fri
9:00 pm Fall Issue Deadline – Clifton Ch...
Fall Issue Deadline – Clifton Ch...
Jul 31 @ 9:00 pm – 9:01 pm 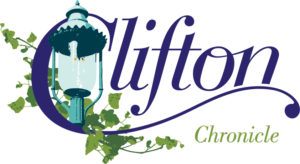 This is the editorial deadline for the Fall issue of the Clifton Chronicle – for events from September 1 to December 1. Please write an article. Articles in the online version can be longer and … END_OF_DOCUMENT_TOKEN_TO_BE_REPLACED
Aug
3
Mon
7:00 pm CTM Meeting @ Clifton Recreation Center
CTM Meeting @ Clifton Recreation Center
Aug 3 @ 7:00 pm – 9:00 pm

This is the editorial deadline for the Winter issue of the Clifton Chronicle – for events from December 1 to March 1. Please write an article. Articles in the online version can be longer and … END_OF_DOCUMENT_TOKEN_TO_BE_REPLACED
Nov
2
Mon
7:00 pm CTM Meeting @ Clifton Recreation Center
CTM Meeting @ Clifton Recreation Center
Nov 2 @ 7:00 pm – 9:00 pm

This is the editorial deadline for the Spring issue of the Clifton Chronicle – for events from March 1 to May 21.  Please write an article. Articles in the online version can be longer and have … END_OF_DOCUMENT_TOKEN_TO_BE_REPLACED
View Calendar
Add