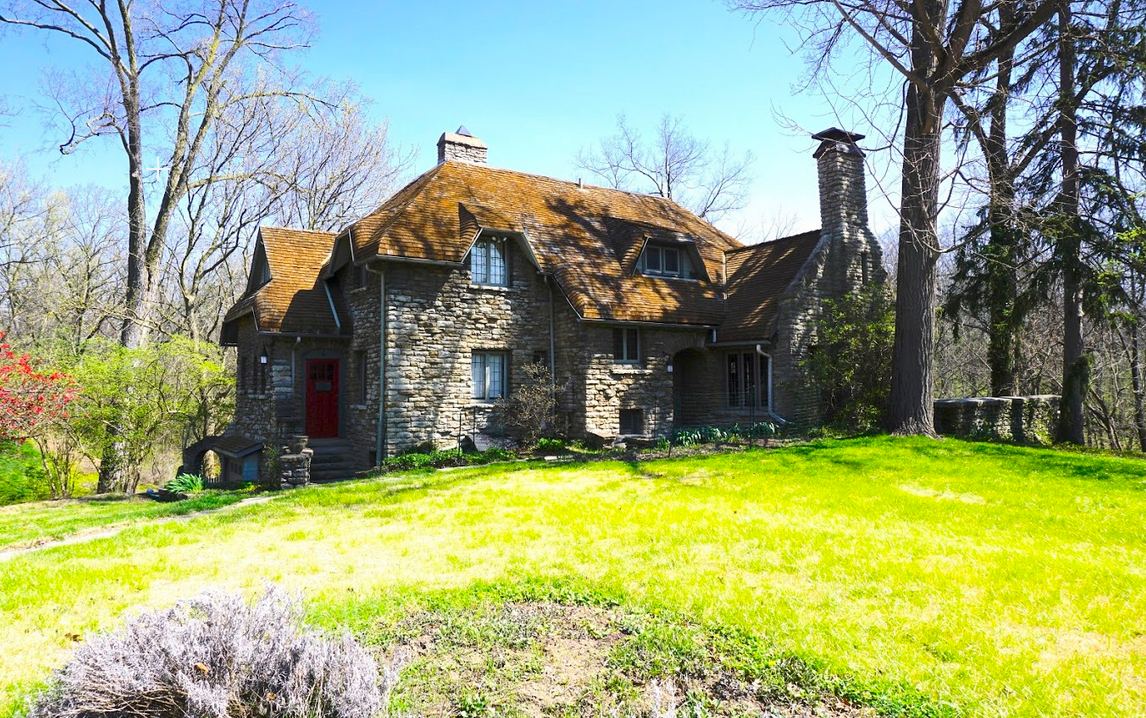 Our second reveal for the 2018 Clifton House Tour is the Herbert A. Faber House, built in 1923.

Built in 1923 for one of the founders of Cincinnati’s own Formica Company, Herbert Alfred Faber, this charming stone house has the feeling of an enlarged English “Cotswold Cottage,” with a low recessed entry alluding to its supposed humble origin, despite considerable actual size. The rough, uneven, deliberately crude stonework is laid with thick, recessed concrete mortar, further perpetuating this pseudo-unassuming effect, all of which lies blanketed under a projecting, undulating roofline and hooded dormers recalling thatched roofs of the English countryside. An impressive chimney-stack accented with slanted stones, pierced by diminutive windows, faces the street, and curved walls at the opposite end of the house lead down to the driveway and garage on the lower level. The Faber residence hugs the hilltop it is perched on, at the summit of a promontory overlooking the wooded ravine’s naturalized setting. While the front façade has few, small windows facing the lane, the house opens to its picturesque location the farther back from the front one gets, with many windows and a projecting viewing-terrace in the rear (its fine new iron railing appears to be inspired by Japanese sword-guards used by Charles R. McIntosh at the Glasgow School of Art in Scotland).

The above is just a small portion of what is written in the tour book. Learn more about this home on the Clifton House Tour.

View all posts by Kevin Marsh