Our fourth reveal for the 2018 Clifton House Tour is the Louis W. Kaiser House, built in 1909. 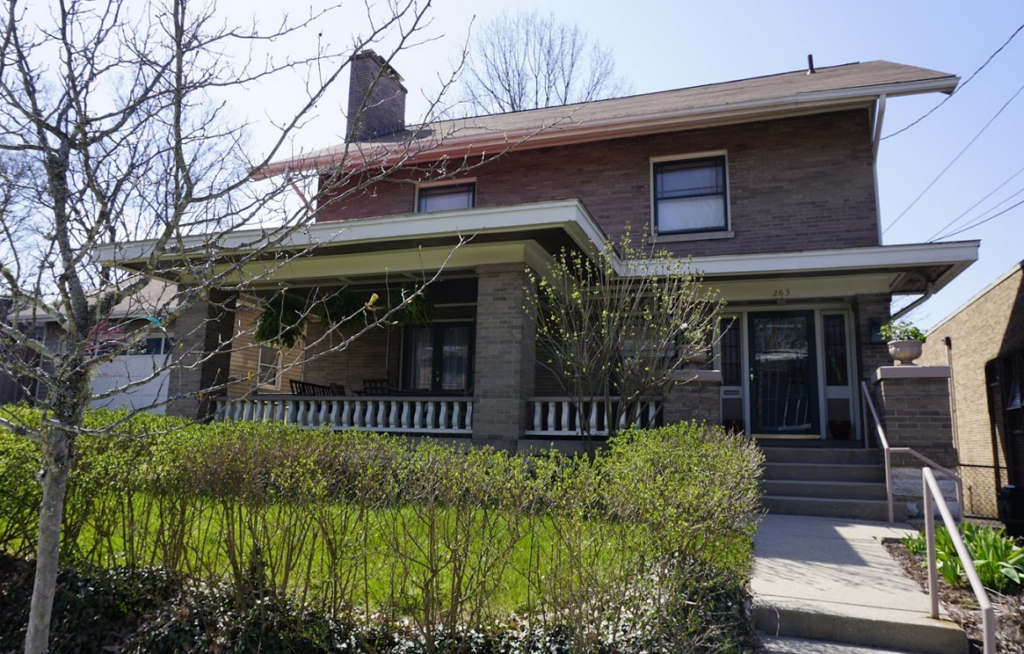 Evoking the spirit of Frank Lloyd Wright’s early Prairie Style, this relatively modest home also represents the reaction against the excesses of Late Victorian Period Eclecticism. It was designed in 1909 for an officer of the once-prominent John Van Range Co. (a later rival of the Resor Stove Company). With emphasis on horizontal elements, the façade utilizes wide eaves that cross the first-floor front, the projecting porch, and even more deeply the main roof line. Used as roof supports at the front porch, bold masonry piers encase the entrance
and simplified wooden balusters. Plain square windows punctuate the bare walls.

This splendid example of the American Four-Square architectural form (the cubical
two-story equivalent of a one-story “bungalow’) is elaborated by subtle period
references, while retaining its overall Arts & Crafts character. Each façade is almost
symmetrical with the centers emphasized by dormers that share the gentle “rake” or
outward slope of the hipped red-tiled roofs. One of the earth-tone orange-brick
home’s distinguishing features is the use of alternating brick quoins to accentuate
the corners including those of the flat bays on the front and angled bays on the sides.
Also remarkable are the imposing chimneys which flair at their tops for emphasis.

Our first reveal for the 2018 Clifton House Tour is the Kineon-Lloyd House, built in 1887. 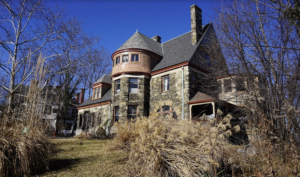 The Kineon-Lloyd House is an excellent example of the late 19th-century Richardsonian Romanesque Style, named after the influential Boston architect Henry Hobson Richardson (1838-1886). His great local work was also one of his last: The Cincinnati Chamber of Commerce Building at 4th and Vine Streets (built in 1885-88 and burnt to the ground in 1911). Known for its massiveness, this style features picturesque roofline profiles, rustication, and polychrome materials with semi-circular archways for doorways and clustered windows. It also is noted for the use of rich texture and an exuberant language of floral stone carving.

The above is just a small portion of what is written in the tour book. Learn more about this home on the Clifton House Tour.